Are you looking for Bani Thani Paintings then check out this post to know more. Bani Thani refers to the Indian miniature painting by Nihal Chand from Marwar School, Kishangarh. The painting portrays a lady of elegance and grace. The subject portrayed, Bani Thani, was a singer and poet in Kishangarh during Sawant Singh’s rule. Her portrait is often compared with that of Mona Lisa’s. 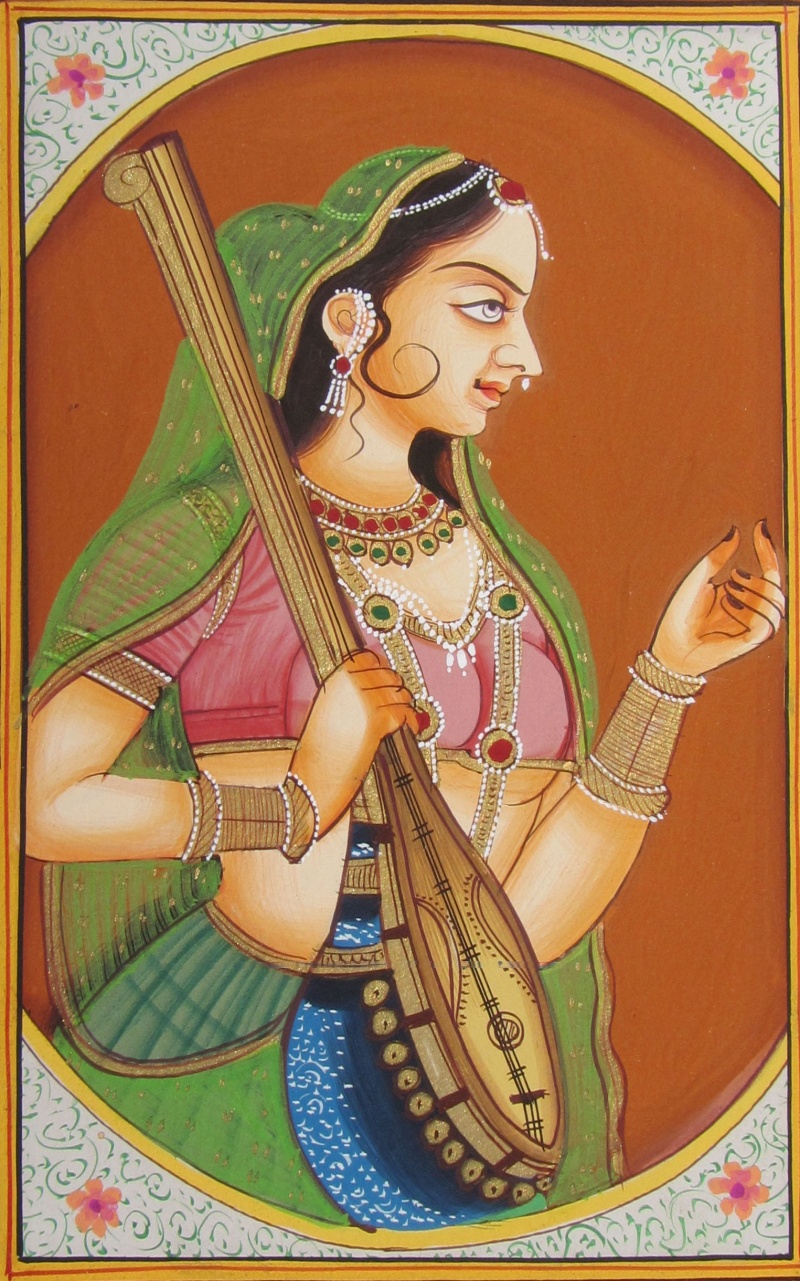 Bani Thani, according to legends was King Sawant Singh’s mistress and she later became one of his wives. Bani Thani’s birth name was Krishnapriya. She was known as Bani Thani or ‘lady decked out’ for the exquisite manner in which she wore herself after becoming the queen. She wore layers of beautiful jewellery and makeup.

Bani Thani was employed by King Sawant’s stepmother. King Sawant was drawn to her because of her beauty and her voice. Their love bloomed due to their shared interest in poetry, singing and their devotion for Lord Krishna.

Often, King Sawant wrote her romantic poems under the pen name Nagari Das. She too wrote him poems under the name, Mrs. Rasikbihari. The artists of the court were later asked to depict their love story of the king and queen in a fashion similar to Radha and Krishna.

Under the Ashta-Nayika classification of heroines, Bani Thani comes under the Vasakkasajja Nayika type, which is an element of Sringara rasa or Romantic Love. The paintings convey the elements of passion and romance of the legend.

Bani Thani was portrayed with all the elements of Sringara rasa with exaggerated yet striking facial features. Later, the Kishangarh School of Art took the portraits of Bani Thani as a standard of portrait images.