Jwala Ji is an ancient Indian goddess and her temple is one of amongst the oldest temples in India. It is also one of the 51 Shaktipeeths. ‘Jwala’  means flame in Sanskrit. The unique thing about the Jwala Ji shrine is that it does not have any idol of the goddess. Instead, there is a cave where an eternal flame shines.This temple is located in the Kangra district of Himachal Pradesh, about 55 kilometers from Dharamshala. This flame has continued to burn despite all kinds of circumstances and has been termed “mysterious’’ by scientists and scholars alike as no one has been able to explain the reason behind its eternal existence. Various attempts to extinguish this flame have gone in vain.

Legend has it that a tremendous fire that occurred during a fight between the gods and demons led to the birth of a girl called Sati. Sati later grew up to become Lord Shiva’s wife.  After a bitter incident where Sati’s father insulted Shiva, Sati killed herself unable to bear the insult directed towards her husband. After Shiva learned of his wife’s death, he was driven into a fit of rage and he began stalking the three worlds with her body in his hands. Fearing his wrath, all the gods approached Lord Vishnu to deal with the situation. Vishnu is said to have fired many arrows at Sati’s body which severed her body into pieces and led to the formation of the 51 Shaktipeeths.The place where her tongue fell came to be known as Jwala Ji. 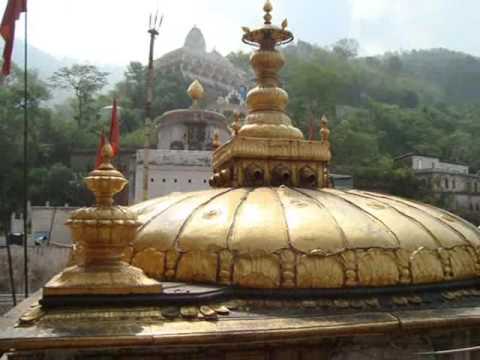 Once, emperor Akbar fascinated by the idea of the endless flame tried to extinguish it with a gold disk and water. Instead of putting out, the flame led the gold melt into another metal which has not yet been known to the world.

Apparently, there are eight other flames that shine in Jwala ji temple which represent the other 8 forms of goddess Parvathi. Every year, millions visit this holy shrine to  worship the goddess and take her blessings. It is a common belief that visiting this place can help you get rid of your sins and quickly attain ‘moksha’ . If you happen to be in the beautiful district of Himacha; Pradesh, do visit the Jwala Ji temple to experience spirituality and the mystery behind the Jwala Ji flames.