Ross Island alias Netaji Subhash Chandra Bose Island is one of the many islands that Andaman and Nicobar Islands is made of. It is now a tourist destination of not just Indians, but Britishers too. The island was named in honour of Sir Daniel Ross, who discovered the island. 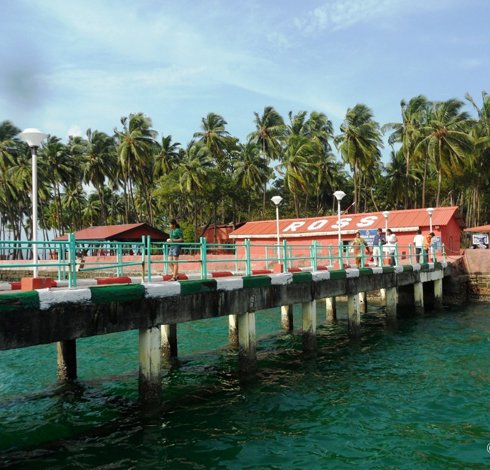 Ross Island was initially used as a location to guard the harbour of Port Blair. The region was the administrative capital of the Andamans until the earthquake of 1941. The capital was later shifted to Port Blair post-earthquake.

The island was unable to take in the sudden abandonment and the decay and neglect slowly became more and more prominent in the country.

The island, although deserted, is home to a variety of amenities like bazaars, bakeries, stores, a church, water treatment plants and a cemetery, that is now in ruins.

During the historical Revolt of 1857, the British had to flee to Ross Island. They settled and made their mark at the island for ninety years. The Japanese took over the island in 1942 during the Second World War and was there for the next two years.

Netaji Subhash Chandra Bose hoisted our Indian National Flag in during his one day stay at the island. The island is now home to military and museum officials. It is now under the control of the Indian Navy.

The island also boasts about a Presbyterian Protestant church during the British inhabitation. The bakery at Ross is also famous for its confectionery. The island and its sisters are also known for its thick forests.

“At first sight of the island, it is tough to believe that this abandoned place was once the seat of British power.”

Tour Guides and various websites listed Ross Island as a must-go while visiting the Andamans to admire the advanced technology used for water filtration.