Zari is an even thread produced from the weaving of gold or silver. It is woven into fabrics of silk to make the desired pattern especially in case of saris. Zari was known for its cost material and skills of artists, including the cost of gold. Traditionally the zari materials were affordable by rich people such as kings and businessman.

But now with the advent of industrial revolution today they are made of cotton and polyester material and having gold or silver at its core. Zari work is generally done as a pattern or design which gives a beautiful and elegant touch. It is done in case of saris, kurtas, and salwar-kurtas.

The history of zari work is as old as the Mughul era from the reign of Emperor Akbar, as far as India is concerned. 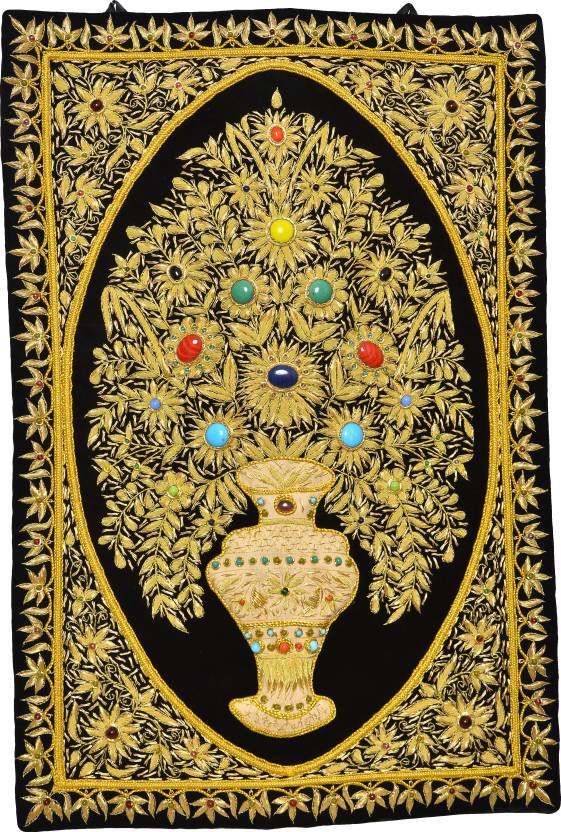 The word zari first came from Persia (now Iran), where the artist used their weaving skills of thin threads of gold or silver and converted them into fine fabrics of silks. From Persia, the emperor Akbar called a group of artesian for the zari work and hence it came to India.

In Vedic age, the zari work was associated with the grand attires of gods, kings and such figures. The figures were beautifully handworked with zari which give them a beautiful appearance. 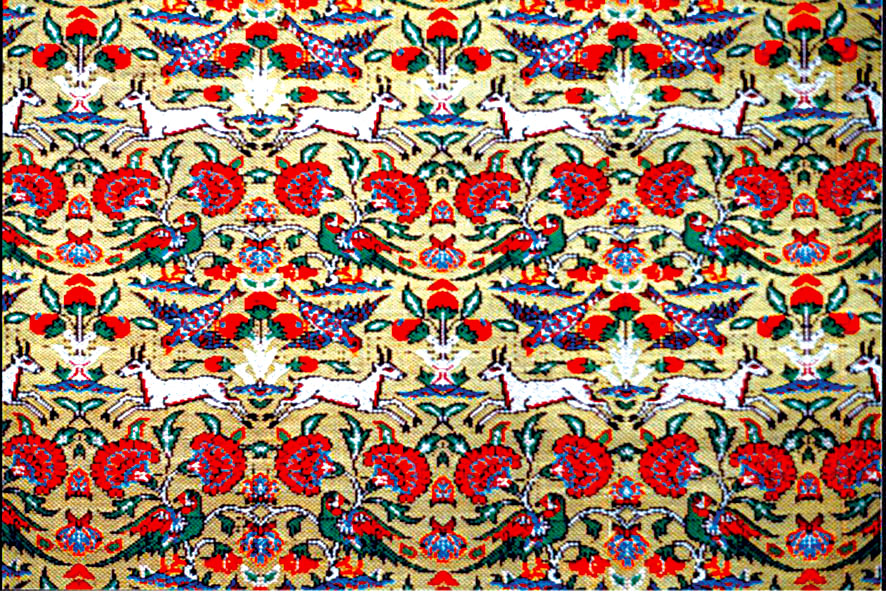 Then with the industrial revolution and increase in technology they were made from cotton and its composites. Today Surat is famous for zari work and makes every type of zari material such as threads, laces, borders, edges, cantile, ribbon, films, etc. The above also forms a raw material for the textile industry as surat incorporates a large belt of it including a large number of sellers and market.

The zari work has been lived from ages as it has been inherited from father to son till now and also forms a famous handicraft. It was given GI tag by the government of India in 1999, by the controller general of patents designs and trademarks. a) Real Zari: It is made from fine silver or gold threads which are flattened by passing it under equal pressure rotating rollers. That is they are of gold and silver purely and are costly. They are made for famous personalities and kings.

b) Imitation Zari: It is made of silver electroplated copper wires. They form as a replacement to silver. They are medium cost.

c) Metallic Zari: They are made of polyester metalized film. They are light in weight and economical and affordable by everyone.

Zari work is old and is used in almost all types of commonly used materials in our daily life such as sari, bangle, bangle boxes, pen stand and decoratives. Though it is old there are many improvements coming in it. Also, Nowadays design schools are coming up which not only provide courses in jewellery design but also the handicraft design, practice and advances, thus providing great resources for young minds having interest in such fields.

Added to wishlistRemoved from wishlist 3

Added to wishlistRemoved from wishlist 1

Added to wishlistRemoved from wishlist 1